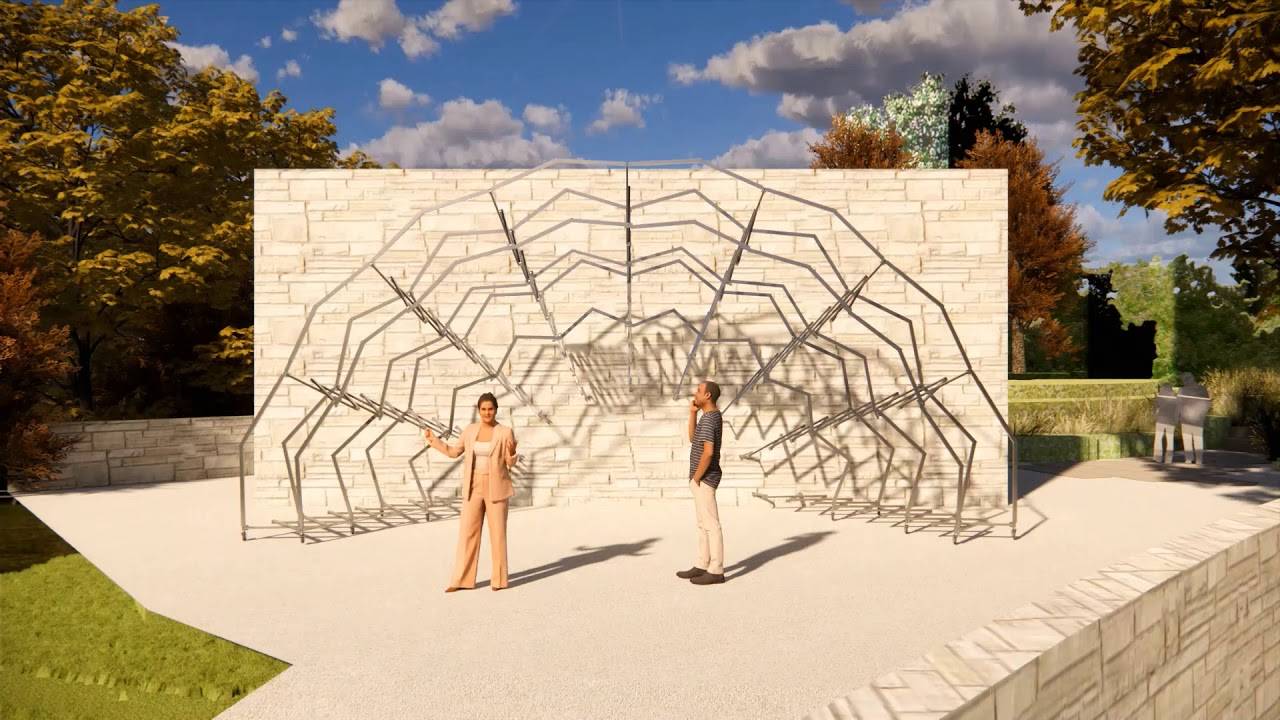 This structure in a folded state looks like a flower and when it’s being deployed gives a sense of a blooming fower, as the name suggests “Hanami: The Blooming Roof”. The structure not only expands in one direction, but the span is also constantly changing. One side of the structure rests on an existing wall, allowing the structure to be installed in a roof or in an open yard.

Architecture design project by Aaradhya Parakh (FT UG ’18) from Faculty of Technology, CEPT university has officially been registered and published by the Department for Promotion of Industry and Internal Trade, Ministry of Commerce and Industry, Government of India (GoI). The project was guided by Studio Tutors, Anand Vishwanathan and Japan Shah.

The concept behind the whole structure is to create a space which can help people relax and hang out together. The structure is inspired from a basic deployable vault using a scissor mechanism. However, unlike a regular deployable vault the span between each scissor is increasing which leads to two different spans at each end of the roof giving it a more curvilinear shape.

This registration has been possible due to the efforts undertaken by the Strategic Initiatives Office (SIO) which has been set up to support the innovations of students and faculty members by helping them file for Intellectual Property Rights. Under this initiative, the University will identify the eligible work of students and register them as an Intellectual Property (IP).