Launching the limited edition collection of ceramic mugs, Tata Starbucks and Sabyasachi have joined the forces with a cause to support ‘Educate Girls’ — a non-profit organization that mobilises communities to promote girls’ education in rural India.

The  unprecedented collaboration of the noted designer with global coffee chain Starbuck to launch limited-edition cups and mugs with delicate prints is giving people enough reason to strike a conversation.

Featuring the designer’s signature work with motifs inspired by Bengal, fused with his distinctive interpretation of the Toile de Jouy vocabulary of design,   Sabyasachi + Starbucks collection of drinkware includea a  charming set of ceramic mugs and steel tumblers. 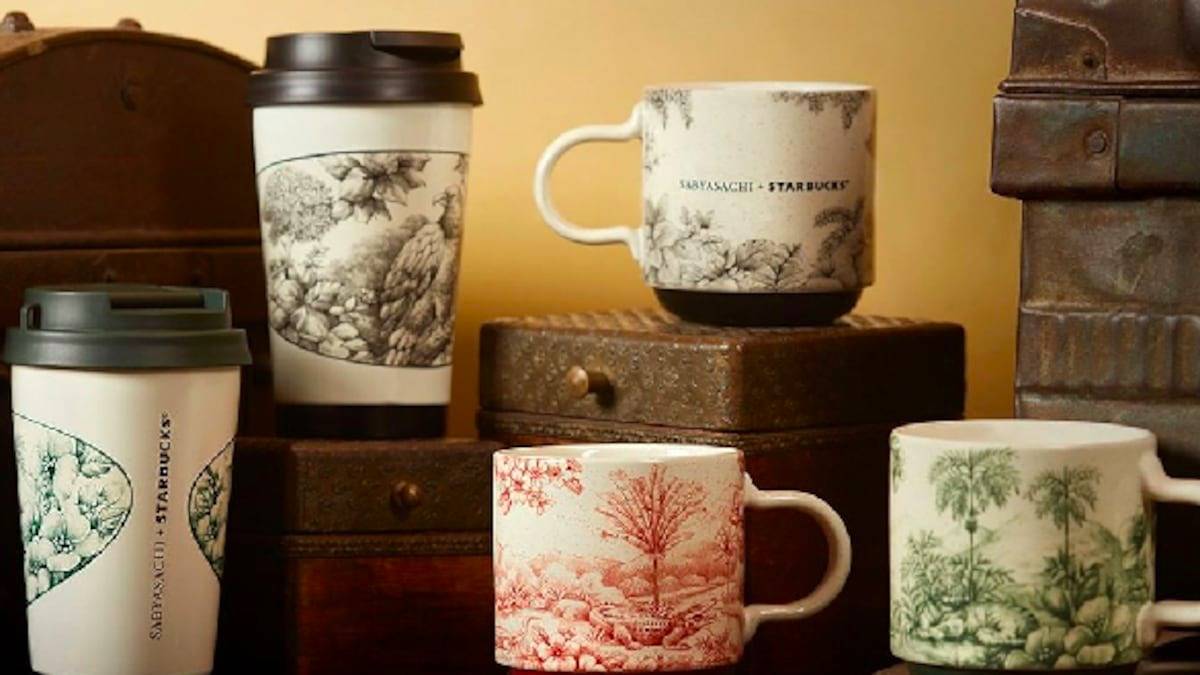 The Sabyasachi Art Foundation has long been actively involved in social causses, through this collaborationsthe designer also wanted to pay homage to Bengal through the Sundarbans, and its natural flora and fauna.

According to the designer, in this case, it was the cause of ‘Educate Girls’ that acted as the alchemist. Hence designer’s signature work with  his distinctive interpretation of the Toile de Jouy vocabulary of design is relicated on the designer’s ceramic cups. Thought it’s not certain as of now that how much portion of the proceeds from the sale will be directed to the cause.

As both Starbucks and Sabyasachi being archetypal brands which have been committed to bring a strong sense of purpose, the colloaboratonn is a thoughtful steps to create visibility for Indian crafts and luxury while helping boost India’s presence in sectors where we are still under-represented at global front.