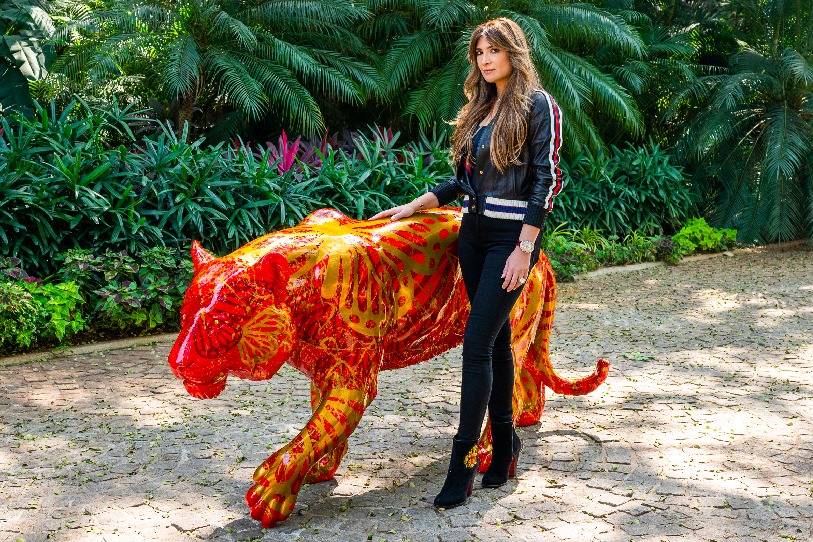 Tiger sculptures by three Indian artists were auctioned recently at Hong Kong Sotheby’s for WWF Tiger conservation. Proceeds will be used for the conservation of tigers in Southeast Asia.

Out of a total of 56 artworks, two sculptures by three artists from India —Michelle Poonawalla, Subodh Gupta and Bharti Kehr represented the Indian subcontinent at Sotheby’s Hong Kong gallery to raise funds for the WWF tiger trail conservation activities in Southeast Asia.

The ‘Striped Tiger’ sculpture by artist Michelle Poonawalla’s was inspired by the common Indian butterfly which raised 75,600 HKD (approximately Rs. 7,46,115). According to the artist, this butterfly gave her the idea to create a sculpture (tiger sculpture) with its wings on the tiger’s body. The artwork manifests the importance of supporting each other and working collectively. 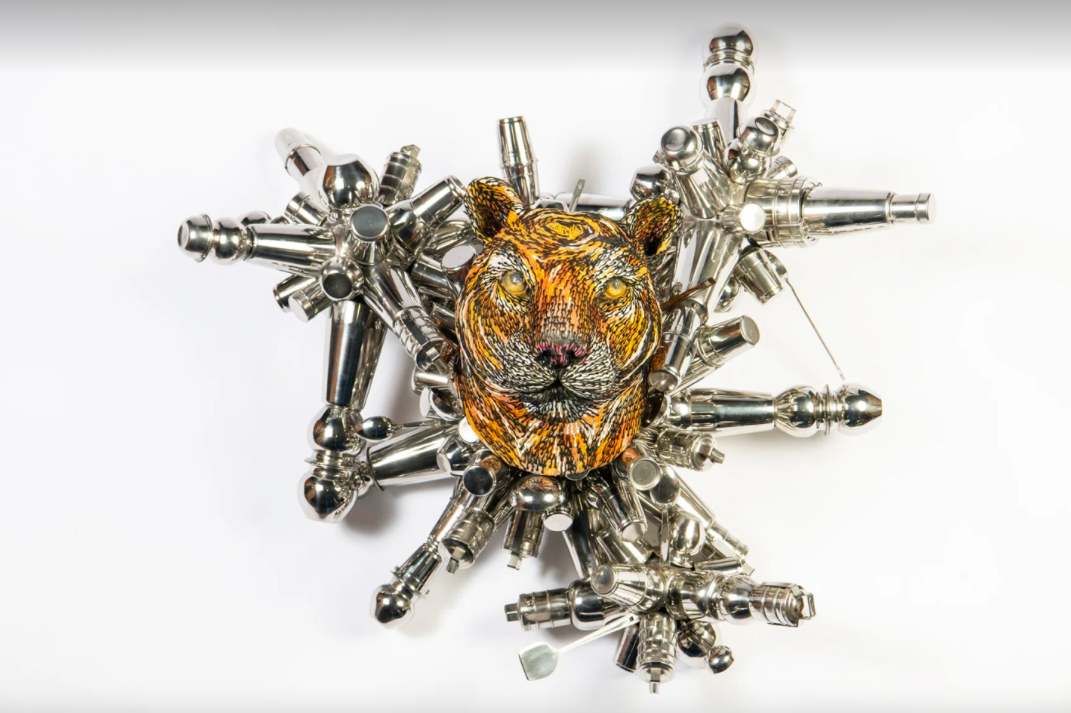 Apart from this the husband-wife duo Subodh Gupta and Bharti Kehr have collaborated on a sculpture, titled Puli, which is a fusion of their joined themes — the utensils and the bindi with a fibreglass tiger head. They drew inspiration from the memorable moments together in the lap of Nature, specifically on the Masai Mara trail in Kenya and closer home in India at the Ranthambore National Park (Rajasthan) tiger safari.

As per the reports by World Wildlife Fund, unfortunately, there are only 3,900 tigers in the world, whereas, in the 20th century, around 1,00,000 tigers were prowling on the earth. The decline in the numbers is attributed to the increase in poaching and encroaching activities. There is an estimated 2,967 tigers that live in India, as pet the 2018 national census.