Bengaluru restaurant bursts with the Brazilian gastronomy and Latin culture 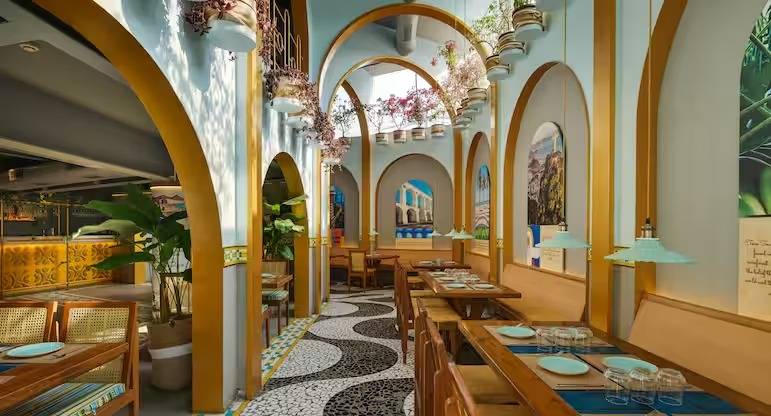 Located on Magrath Road, one can’t afford to sweep aside the colourful facade of Boteco which evokes unexpected delights when it meets a wandering eye as it captures the vibrancy associated with the South American country in the silicon valley of India.

Designed by George Attokaran, principal, Atto Atelier, Boteco commands your attention right from the street with an expansive 60-foot-tall and 20-foot-wide mural painted in yellow. The exterior wall is adorned with a life size glass mosaic mural depicting  Brazilian street scenes, such as a bossa nova player, a toucan and the Brazilian flag.

The idea behind the giant mural was to bring Brazil to Bengaluru, and give patrons as well as passersby a cue about the latin delicacies they can savor inside. 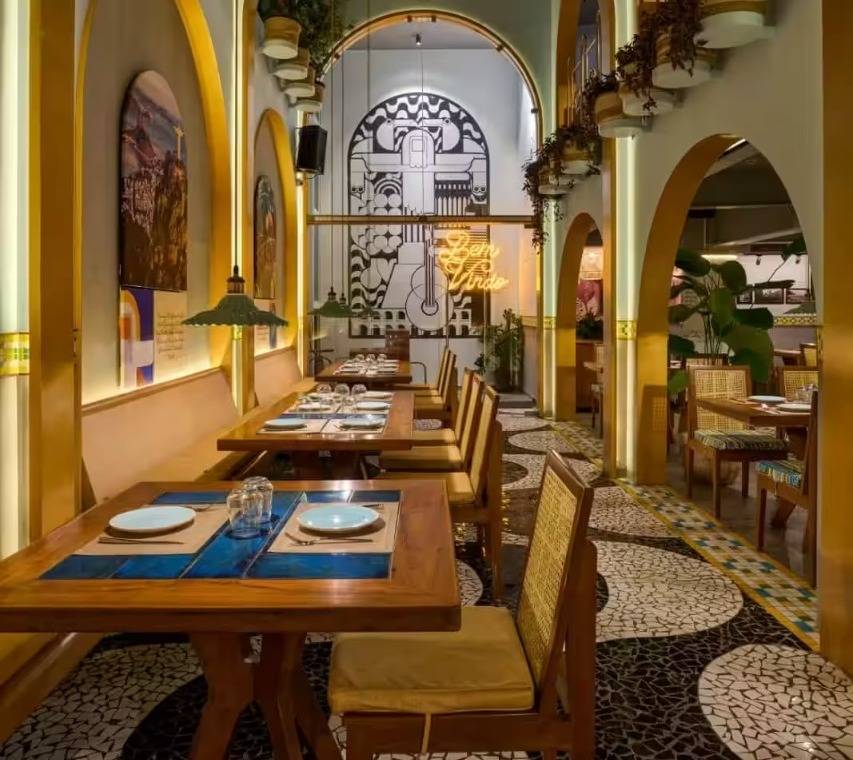 Botecos are basically traditional neighbourhood bars one can find in the street corners of Brazil. The name translates to a place for great drinks and easy conversation, and this is conveyed through the restaurant’s design. Boteco highlights different elements of Brazilian life through design be it the music, literature, culture or architecture.

On the inside, apart from the glimpses from the culture of the country, tasteful art prints from South America, the low-lit interiors have given way to a mellow light, and the ceiling has opened up, supported by graceful art deco arches.  There are arches inspired by the Arcos da Lapa and mosaic floors inspired  from the sidewalks of Copacabana. The columns supporting the arches showcase scenes from Brazil. 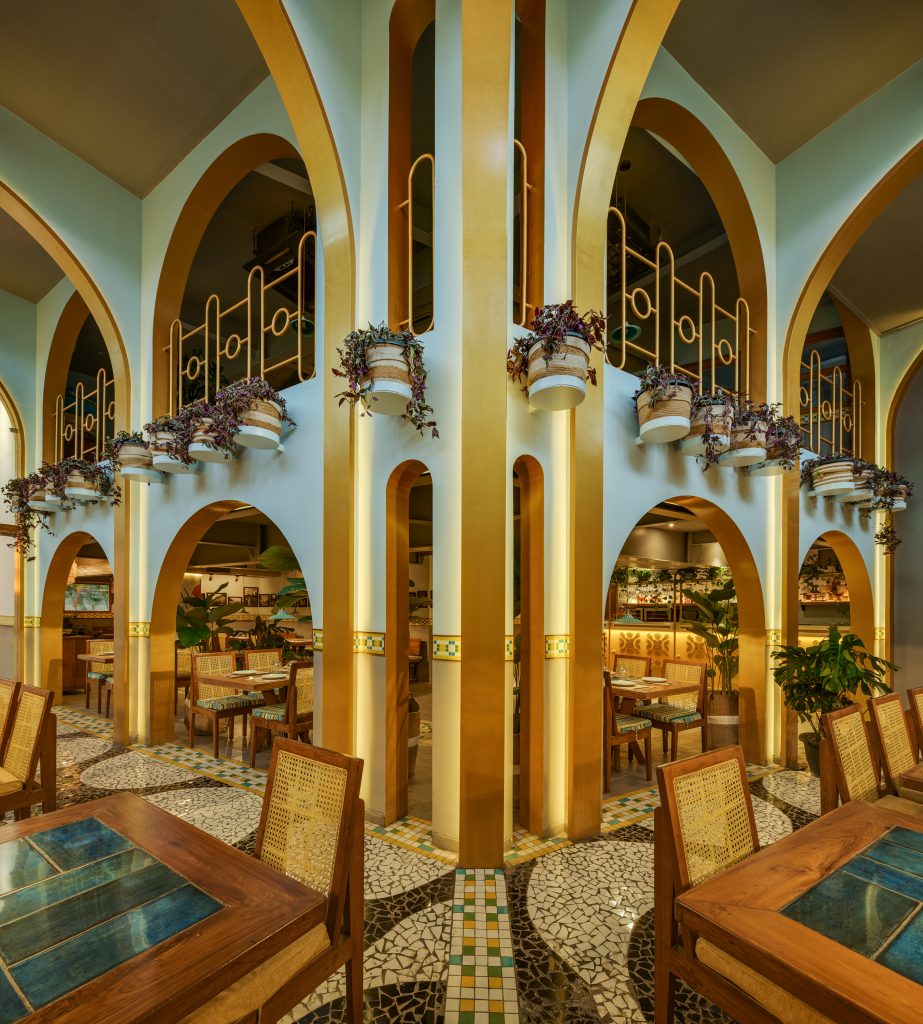 According to the designer, the black-and-white ceramic mosaic tiled flooring, lined with a colourful border, is reminiscent of the pavements of Copacabana beach. The walls are clad in glass mosaic tiles just like the ones on the mural outside. “The mosaic tiles along the walls and the floor become a narrative that basically ties the spaces above, below and outside together.

Details like ceramic inserts in the tables, the use of cane and wood in the furniture, and soft furnishings in patterns popular in Brazilian culture keep the design authentic. Paired with popular dishes from the South American country, heady cocktails and bossa nova music, Boteco almost transports one to a vibrant bar in Brazil.

With its cheerful, happy interiors and a casual and relaxed vibe, Boteco offers an elaborate menu of both original Brazilian and reimagined dishes and a number of fun cocktails.At the recently launched Boteco in Bengaluru, one can relish the best of Brazilian cuisine, created and plated by the skilled hands of Chef Guto Souza, whilst luxuriating in a little quality time.

Besides the melange of colours and spirit of celebration, Boteco offers a wholesome culinary experience of Brazil by highlighting its lesser known dishes in a classical style.