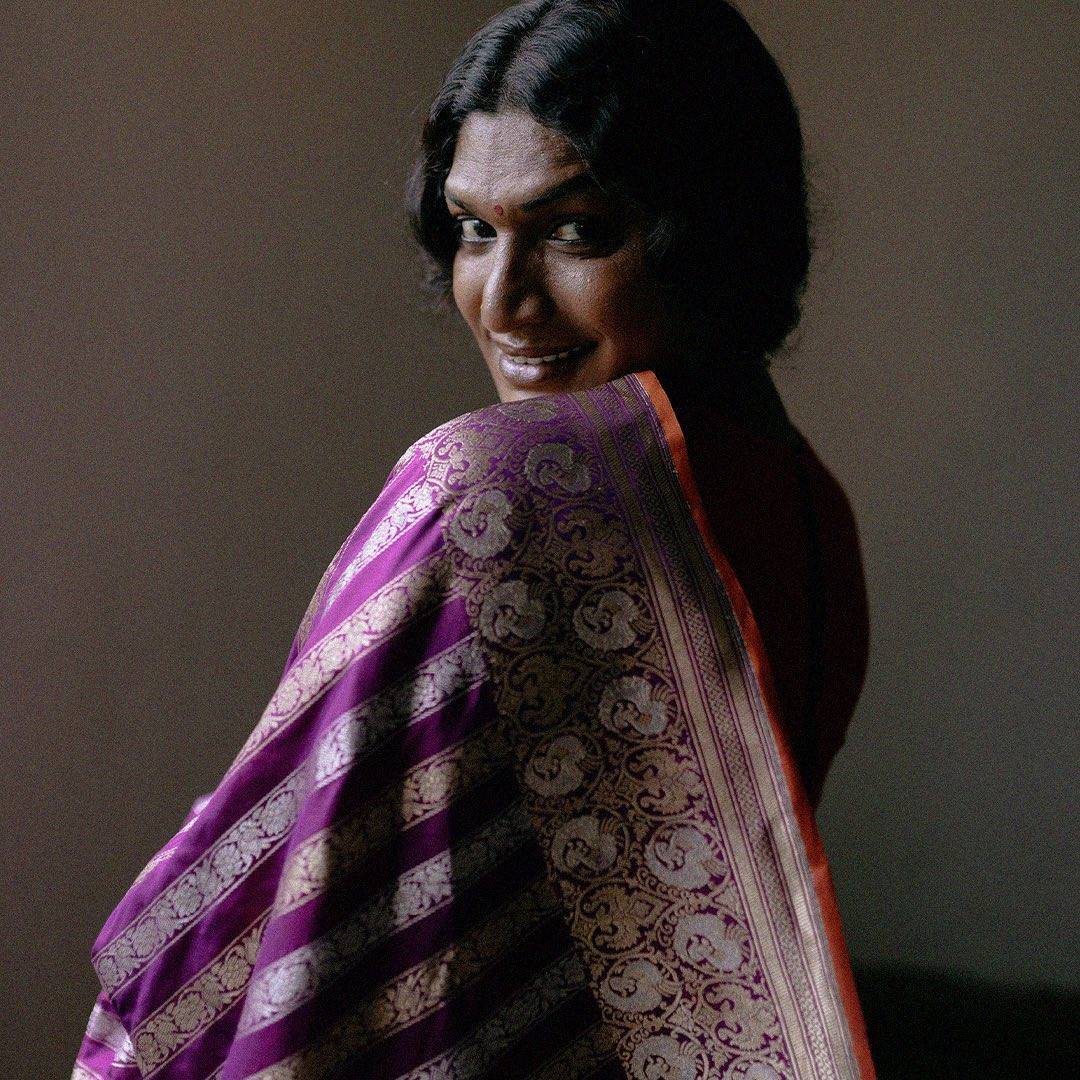 As androgyny grabs the attention of the fashion industry, desi fashion label Shanti Banaras churns the tale of thinly wrapped enigma associated with trans women clad in the handloom sarees.

Diversity and inclusivity are the two virtues which are at the core of fashion labels in order to make great stride in the global market.

Using its instagram platform, the indigenous fashion brand has been featuring and celebrating the extraordinary lives of people belonging to the trans community in its latest campaign ‘Akathya’. It aims to stir the discussion between gender and identity in fashion.

A caption in a social media post projecting a feisty trans woman says,” We visit the lives of eight transgender people, empowered despite life’s trials and a phoenix before its tribulations. A call to action campaign where we salute the power that is the transgender.”

Another such post features Shobhana, a chef and a dancer looking dashing in a purple bold striped handloom katan silk saree. Photographed by Farhan Hussain and styled by Nidhi Jacob, “she has been cooking up a storm on stage and in the kitchen,” says the caption.

With many trans women hitting the runways of various  shows, inclusivity within modelling is becoming more of a counterculture trend  but there’s still a long way to go before it gets more than just queer fashion. It’s important to have a team of diverse  people in front of the camera.