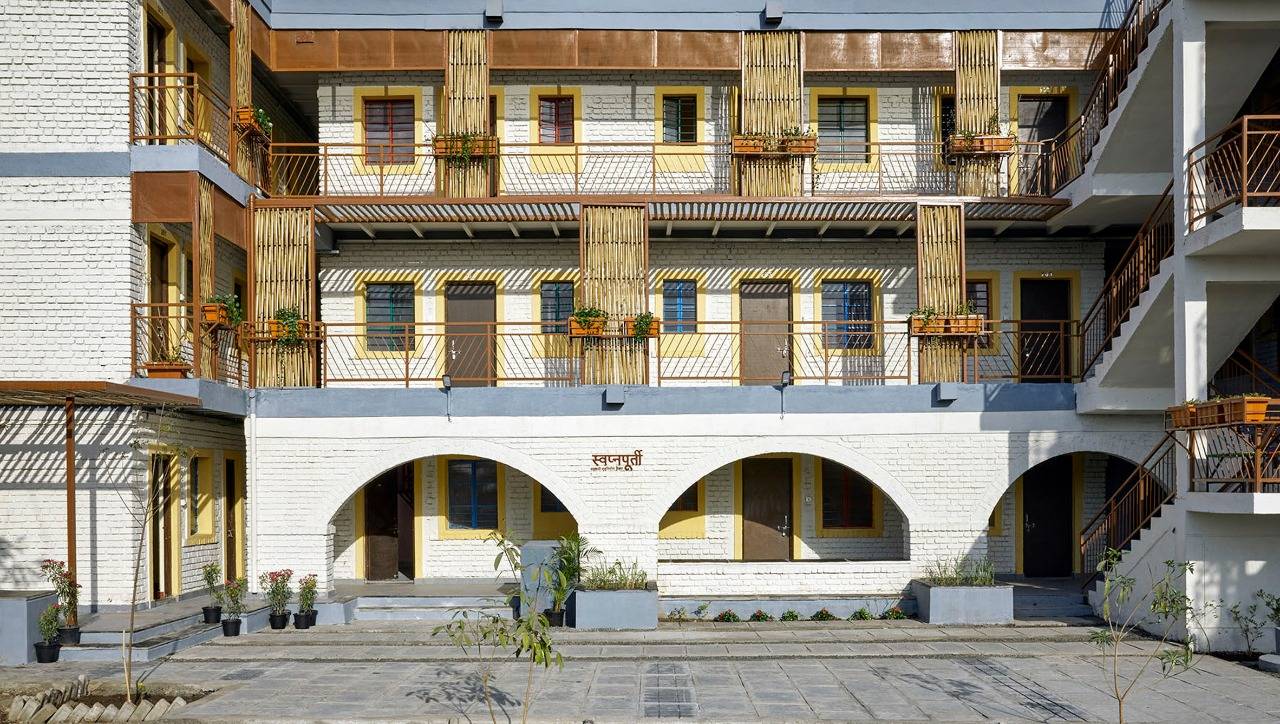 The design may imply for most people the beautiful things an affluent society makes for itself but designs in this case deal with what has long seemed intractable crises. Architecture studio Community Design Agency (CDA) has built three-story brick buildings with a bamboo split facade to settle about 298 families in the Sanjaynagar slum in  Ahmednagar, 250 km from Mumbai.

CDA is an initiative of the Curry Stone Design which collaborated with Ahmednagar Municipal Corporation under local non-profit Snehalaya on the project. The public/private partnership is funded by the Indian government through its Housing for All (PMAY- Urban) program.

The vernacular architecture of the building evolved in various aspects from the neighborhood – starting with the masterplan, to individual buildings and eventually each family designing their apartment interiors facilitated by the community architects.

Apartments have been constructed from locally-made bricks made of fly ash, crushed sand, and cement. The facade that front courtyard is made from screens split bamboo screens and steel frames provide an interesting play of light and shadow along the corridors throughout the day. 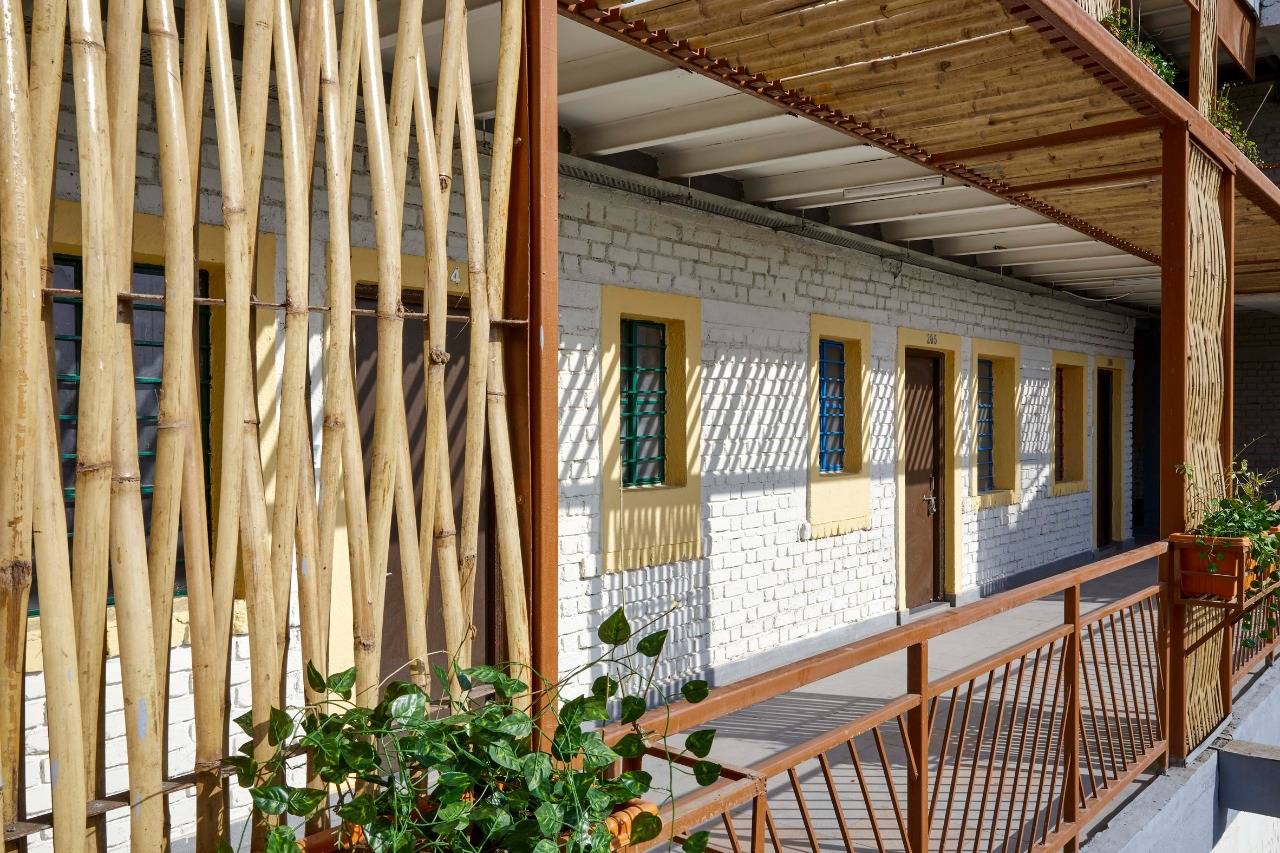 After a long discussion with local residents, the team unequivocally reached at the decision to create these courtyards who was previously made from corrugated sheet metal or reclaimed materials such as scrap metal. Other shared spaces during the course of construction are based on the relationships and interactions between the residents.

As Residents contribute funding towards their new homes, social lending partner Rang De has offered low interest for the project also functioning as a means to give women the ownership. After the completion of the project, the amount of female ownership in the community is expected to rise from five percent to fifty percent.

This is a design show about the remaking of the chaotic world, in other words.The objective of the project is to create dignified housing that will help families living in slums overcome social and cultural impediments.