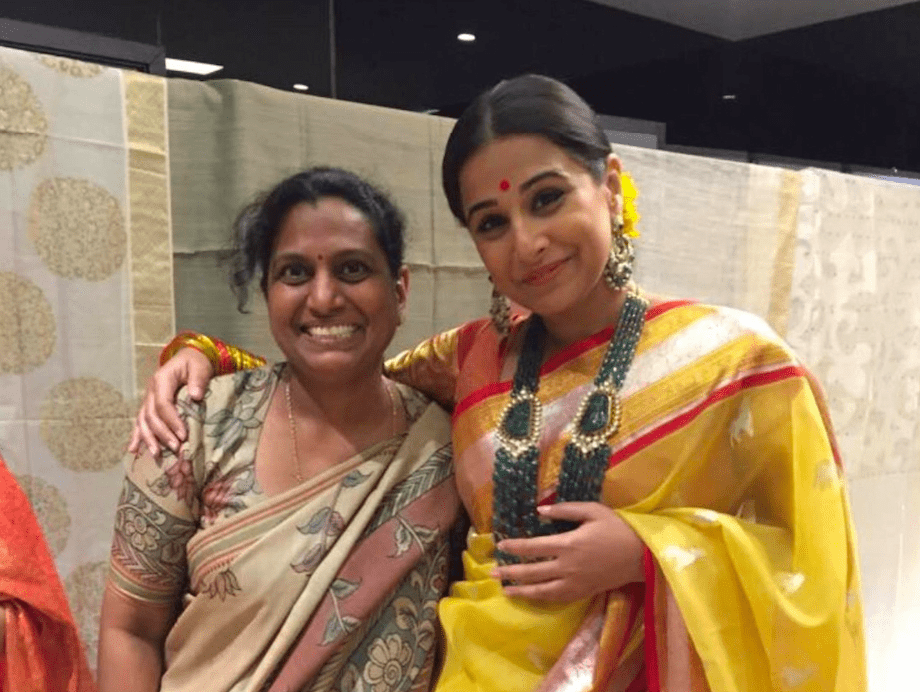 Its been more than two decades now, Mamatha Reddy, 56, a native of Tirupati, has built a reputation for herself in saree making with exquisite designs using organic dyes even in the era of rampant screen prints and chemical colours.

Finding her  way into popular fashion shows across the country, sarees designed at Mamatha Reddy’s  are popular among the likes of several fashion designers such as Sashikant Naidu and Gaurang Shah and Bollywood actress Vidya Balan.

She started her journey in the ’90s with an investment of Rs 500 and one painter making cushion covers with zodiac signs using natural dyes which were sold readily, later she turned to saree making.

She developed her penchant for Kalamkari art and paintings in her late 20s when she visited an expo in Tirupati and noticed an artist drawing Kalamkari paintings.

She was determined to revive the ageless  Kalamakari artwork that too by using natural dyes rather than creating it with duplicate screen printing using chemical colours as done by some manufacturers to earn fast and easy money.

According to her , they make natural dyes from a variety of vegetables and flowers. For instance  black colour is produced from palm jaggery, yellow from pomegranate branches and pink from hibiscus flowers.

An exclusive store is  being opened in Hyderabad which will be gracing the  products manufactured at her workshop for sale.