A Bengali Gothic tale of witchcraft, skulduggery and exploitation collated architecture and art to bring back the aesthetics of old time. Production designer Meenal Agarwal and director Anvitaa Dutt conjured up a world of bewitching glamour. They both have worked in the past for the set of thrilling drama Bulbbul 2020.

The restlessness of the characters becomes palpable in the psychological drama which  relies heavily on visual design and cinematography by Sidharth Diwan. He used the radiance of Vermeer paintings for young Qala—to accentuate the feeling of solitutude—and Rembrandt’s for Urmila, her mother, a colder beam. Whenever Qala looked at her mother, there was always a halo-like light behind her, like a twisted Madonna-and-Child. 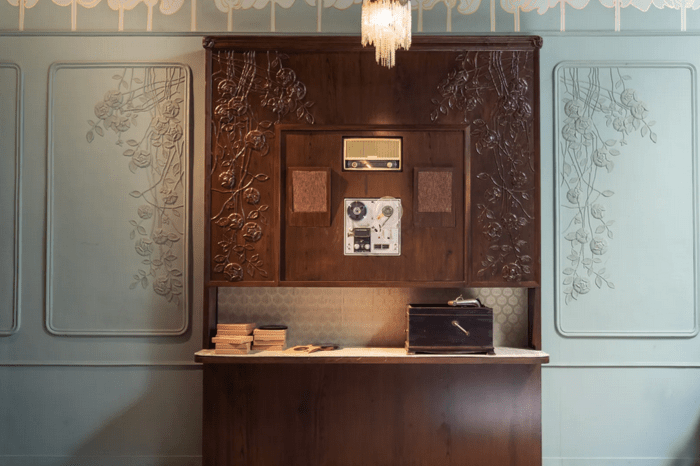 Qala’s Calcutta home is inspired wholly by Art Nouveau traditions which reeks of privilege, but yet not welcoming for the temperaments of its inhabitants. It is adorned with veneered furniture, artworks and the chandeliers, for which Agarwal referenced French architect and designer Hector Guimard’s design.The ‘Art Nouveau rose’ appears in the POP walls, cabinet glass and the upholstery of the sofa.

They also project the designer jewel piece – a stunning moth brooch by Rene Lalique that eventually becomes the basis of entire Calcutta house: the curves, shapes, colours—mother of pearl, the greens, enamel—in the doors, lamps, gilt mirrors; everything whirl round in Qala’s mind where she goes. along.

The team took a cue from  Victorian Gothic architecture (“inherited architecture that was seen in India among a certain class at the time”,  early 20th-century and the art of Dutch Golden Age masters which manifest a dystopian world. Gargoyles, or chimera popular in the Elizabethan-Jacobean period, appear twice to mark entry and exit. 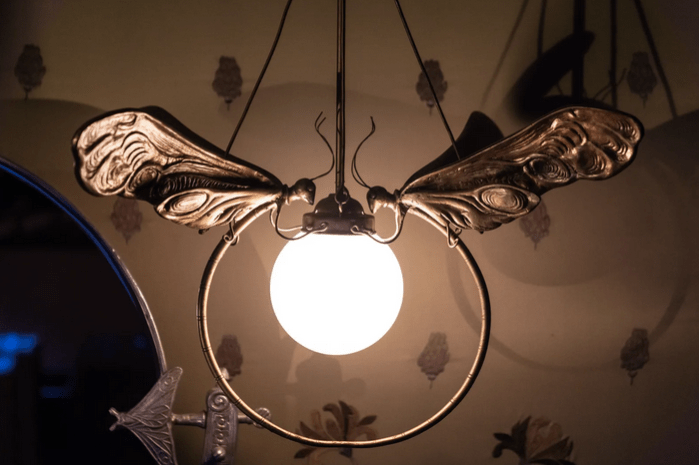 They also explored the  Mehboob Studios and found references for the Hammertone paint used to cover the equipment, the locks and dials, stands and wheels for the mics; that they used fabric heavily to muffle sound.

Apart from some outdoor scenes shot on location in Gulmarg and the Royal Opera House in Mumbai, the team built elaborate sets and painstakingly fabricated props for everything else.

One can’t set off eyes from even a single visual element whether it’s the recurring motif of a moth, the various props or the green-coloured walls of the singer’s home. As more than just for art’s sake the interiors in the  movie feed Dutt’s attempt to portray Qala’s ascent and descent.

In the heritage city of Ahmedabad, a stunning house of the renowned scholar and art collector Amit Ambalal embodies the traditional Gujarati […]